I’d like to commend the residents of Lower Spinney who petitioned the council to ease counter-productive parking restrictions along one side of their road. Local people worked very hard to agree to a petition with councillors and I am very glad that they called on me to help their cause.

Because of the hard work of local people and their co-operation with myself, we managed to help ease the headache across Warsash that is Yellow Lines. I’d like to thank the residents who invited to come help them by making a deputation at the Council on the 6th of November. 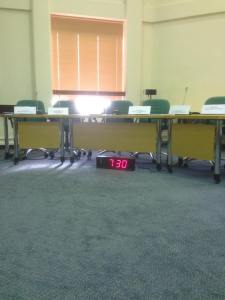 Here is my speech in full:

“Yellow Lines have been used by the council as a short term solution to tackle a long term problem. Yellow lines in Warsash are just being used to kettle students away because of the failure of the Maritime Academy to provide adequate parking, there has clearly been a failure to work with them in resolving this situation. This has subsequently created a dangerous situation for children to walk to Hook.

Earlier in the year, I spoke to residents in Queens Road who said that until recently they hadn’t had to worry about their kids crossing the roads, but because of the dangerously parked cars moved their by those yellow lines – they’re worried sick and they’re organising safety groups that they didn’t think they’d ever have to organise.

Parking permits are a much more reasonable solution as a whole across Warsash in certain zones.

The consultation to this has been lazy and has been used as a show off around election times. This “Democratic” consultation has been an utter sham and is an insult to the electorate who earlier this year placed their trust in you once more to represent them.”

After other residents made their cases for and against the measure to ease the restrictions (3, including myself, for the motion and one against) – the yellow line is to be removed.

This site uses Akismet to reduce spam. Learn how your comment data is processed.