Fracking, it seems to have fallen out of the public eye – for whatever reason. But the fact remains that this is not the answer to our energy needs. I mean, I’m not keen on being able to set fire to my tap water. That’s just the bare minimum of what is wrong with the process. Near Blackpool, fracking was deemed to be the cause of earthquakes that occurred. MEDACT even released a report on it stating that the chemicals involved in the fracking process have the potential to cause cancer, lung diseases and birth defects on newborn children.

Here’s what a senior Conservative politician had to say: 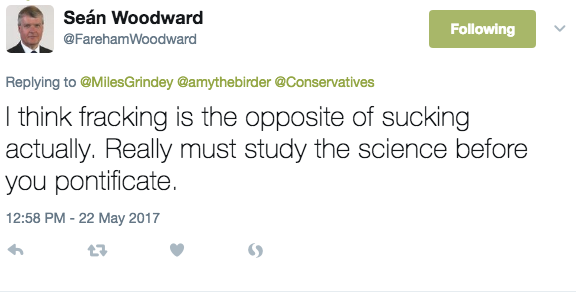 Yes, the leader of Fareham Borough Council really said that. Here’s a link to his tweet.

Suella Fernandes (The Conservative’s candidate for Fareham) had this to say about fracking on her website:

“I therefore believe that these regulations will provide suitable protection against any health risks, so I support them.”

Across the world we’ve put our faith into the regulations set onto the fossil fuel industry, yet they don’t always work… I’ll just leave this here.

The Green Party will make sure that our air is breathable and our water is drinkable. Fracking is too big a risk to take for yours and your family’s health.

The Green Party today also released our Green Guarantee which you can view here.

Last night I attended a public meeting on Fracking. Now for those of you who don’t know what fracking is here is a brief description for you:

Fracking or hydraulic fracturing enables natural gas extraction from shale plays that were once unreachable with conventional technologies.

It was a very good meeting, with a very impressive turnout. Councillor Ray Bolton made an appearance and so did the aide of David Willetts (who was busy in the Commons with the Syria debate).

Ray Bolton speaking to the meeting.

I had heard from many people the case for and against Fracking, and I feel that the case against is definitely stronger. Why? Primarily because I have seen evidence (much like the same way the government had seen ‘evidence against the Assad regime’ on YouTube) of people in America turning their taps on and being able to set fire to the methane that comes out of the taps.

Multiple sites across the UK have been confirmed, one being along the M27 (Towards Cosham and Portsmouth) and so I believe that it is right that we should inform the local residents of areas that would be affected by fracking about the dangers. 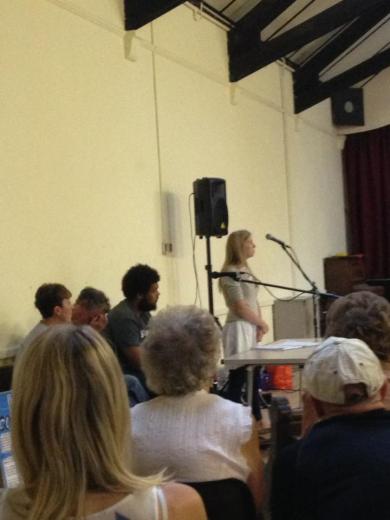 The meeting had several key speakers, many of whom had been/come from Balcombe. They all had interesting and very informative things to say, many of which did wash very well with many of the people attending the meeting. A man there who asked the Councillor about his views on fracking was most displeased when the councillor failed to give a direct answer, soon after the councillor attempted to leave but when a resident of the local areas had said that she wanted to ask him a question, the aide of the local MP ran out to go and grab the departing councillor.

The councillor came back in soon after being told that there was someone who had came to talk to him directly about fracking. After the councillor (yet again) failed to give a direct answer to how he would properly deal with the situation, he soon left, and she warned him the people “will rise up”. Very inspirational woman and I have the upmost respect for her.

As the meeting drew to a close, local residents I spoke had some really interesting things to talk about. One person said her family had been working with water for generations, and that her father used to tell her off for wasting water, and hearing about how fracking could contaminate the water supply only sent alarm bells for her – and clearly she wasn’t the only one!

The Green Party has always condemned fracking, with Caroline Lucas being arrested at Balcombe and various other Green Party people, it’s so obvious that there are people around who do care about the issues and are willing to properly stand up for them, even after they are given a position of some power.

I just think, there’s got to be a better way than Fracking, something renewable is better than this.

Thank you for reading, 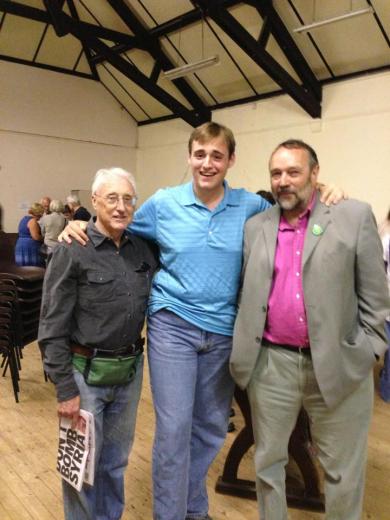