I’m very pleased to announce, in this year’s local elections in Fareham, The Green Party has its highest ever amount of candidates standing. We have five candidates and they are as follows:

Some of those people who are standing are doing so for the very first time. I am very proud that we were able to get the signatures very easily, I am impressed about how many people in our area were keen to support the Green Party. After a grueling couple of days walking (and lots of steps, I think I worked off all the chocolate from Easter!) There more than enough signatures and then it was a matter or registering our candidates at Fareham Borough Council. I was very happy to help out with the organisation of this and want to thank them all for being part of the democracy in the area.

We are making history in Fareham, especially since we are fielding more candidates than UKIP.

This is going to be a very interesting election.

I attended a Western Wards CAT (Community Action Team) meeting at the Locks Heath Free Church on Wednesday last week. The aim of the group is to express views and opinions shared within the Western Wards and is pretty much a bigger version of the Warsash Resident’s Association (including Park Gate, Locks Heath, Sarisbury Green etc as well).

At this meeting a few issues were raised such as Flooding, Speeding but one that stuck out was that of the Locks Heath Centre. The Fareham Borough Council put out a survey asking residents of the area what they would prefer to be built in the area etc and the results were as follows, from 394 respondents:

One gentleman suggested better publicity for these CAT meetings, the Lockswood Community Centre (pictured below) is currently being run by Fareham Borough Council – however there are plans for it to be run by a Community Association. 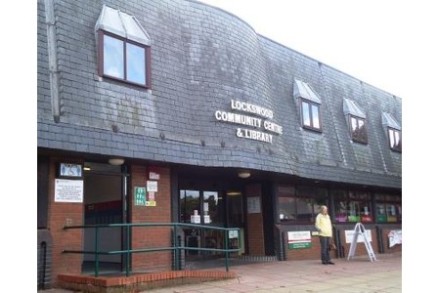 Cllr Seán Woodward told the meeting that currently the Co-Op has a 999 year lease, and that it has 967 years remaining and the company doesn’t pay rent! That I find is an absolute disgusting display of corporations building their front, making maximum profits and not giving the area they decide to (literally) set up shop one penny! Another abhorrent example of corporations claiming land is the disused Car Park next to the bus station next to the Genesis Youth Centre. Currently its owned by McDonalds, and from what Cllr Woodward told the meeting, was that they were told by the council that unless they did something with the land their lease would expire in a year… so what did they do? They dug it out and now there’s just a great big hole in it and McDonalds have a plot of land for the end of time.

Here’s an alternative, why doesn’t Hampshire County Council start-up a fund to assist Middle income families to start businesses? The rates of rent are far too high, they need to come down as well. But if one Borough Council could get the ball rolling that’d be fantastic, and also the top earner’s in the UK wouldn’t be the ones getting in the money, it would be fair – those earning the most would be getting paid for the rent/land/goods and the lowest earners/unemployed would be getting jobs and cheaper goods as well! Everybody would win.

Speeding is, and always will be a problem. Whilst idiots are out there, and they have cars, they’ll drive fast. Luckily recently across the UK there has been a programme that has been put in place called “Community Speedwatch” whereby members of the public stand at the roadside (particularly where people tend to speed) and if they catch someone speeding, they’ll get a warning letter and if they repeat the offence then the police get involved etc, so all in all it’s a good programme and should be continued for many years to come!

The Library and Sports Centre at the Lockswood Community Centre are soon to be privatised. But to mask this they have put in place a community association to run it. So it’s sort of a bit of bad news with a smile on its face. I personally don’t understand WHY that of all things has to be given up by the council and handed to companies to run, there’s got to be a better way.

The Green Party is strongly opposed to privatisation, and that is a policy that speaks very strongly to me and is one of the many reasons why I choose to be a member and keen supporter of this party. For years we have been promised better services once they’ve been privatised, Utilities and Public Transport are two examples that have been taken over by companies. At this present time the NHS is being sold off bit by bit to companies, and who does this benefit? Not you, the ordinary person. But the Ministers who have business interest in the Private Healthcare industry! We must fight against it, it is undemocratic and immoral.

I will be running for the Local Elections on May 2nd as a Paper Candidate for the Green Party in the Fareham Warsash Division. I aim to defeat the pessimism surrounding politics, and to represent those who have chosen me to represent them. 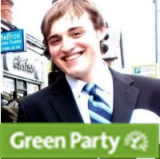